Since our beginning in 1996, Intermedia Producciones has always moved between reality and fiction. besides documentaries, we have also produced short films (and also a fiction feature film), which made a plataform for new filmakers out of us.

Our efforts to develop quality productions have been recognized with many national and international awards. In Intermedia Producciones, we try to turn our eyes to stories often forgotten, constantly ignored and always uneasy. We try to give these silenced realities a dignified voice, offering a view marked by our aesthetic and ethical commitment.

Through the memories of his son, Horacio Hermoso Serra, 92, and his granddaughter´s Adelaida Hermoso, the documentary investigates and reconstructs the arrest and subsequent assassination of the last Republican mayor of Seville. 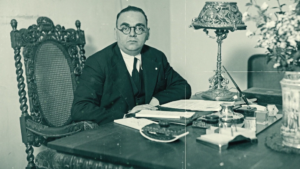 The elderly Horacio Hermoso reminisce the figure of his father, the last republican mayor of Seville, a deep humanist and aware of the secular backwardness of the country. After the coup d'état of 1936, he was shot at the walls of the Seville cemetery and his body was thrown into a mass grave. Eighty-four years later, the work for the exhumation of his grave began and his memory was brought back to life by his son Horacio, the guardian of his memory.

Adelaida Hermoso is the mayor's granddaughter. The opening of his grave makes her interested in the figure of her grandfather, and she begins a journey through different scenarios of the city, in search of answers to the transgenerational trauma suffered by her family.

The documentary is available on the Vimeo On Demand platform.

The documentary begins a series of screenings in different neighborhoods of Seville. 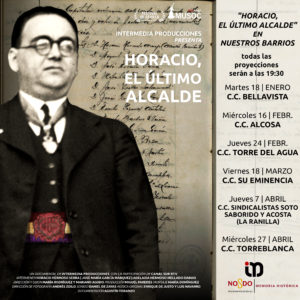